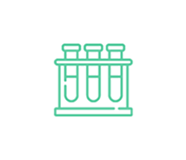 Participation in interlaboratory test comparisons is a tool that testing laboratories can use with different objectives:

Evaluating the skills of the personnel

Demonstrating the reliability of the data they produce 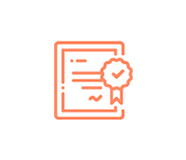 ielab is the first Producer of Reference Material in Spain, accredited by ENAC according to ISO 17034. A reference material, according to ISO GUIDE 30, has one or more properties certified by a technically valid procedure and carried out by an organization competent

ielab has accreditation according to ISO 17034 as producer

Minimal contamination risks, given that manipulations are minimized 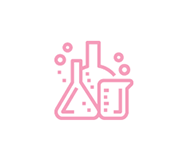 qPCR kits for rapid and specific analysis of waterborne pathogens. New lyophilized format with multiple advantages, and new tools for the fast and easy validation of the method.

Freeze-dried format, ready for use

Shelf life of up to two years

New tools for the fast and easy validation of the method

We are leader as a provider of products and services for quality.

From today, ielab Calidad is launching its online STORE – ieshop (tienda.ielab.es), with the aim of making the purchasing process of all our products and services easier for our customers.

With the launch of this new online platform, we integrate the acquisition of all our products and services, bringing our catalogue closer to national and international clients: 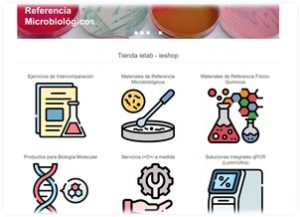 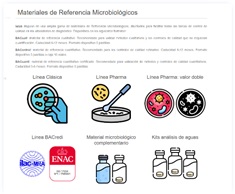 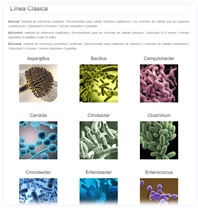 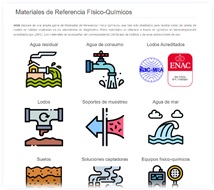 Winner of the ielab 2022 satisfaction survey

From ielab Calidad we are pleased to inform you that we already have a WINNER of the «ielab 2022 Satisfaction Survey».

As described in the survey, a raffle was held with all the responses received and the resulting WINNER has opted for the option of requesting a reference material from our current catalogue free of charge.

As usual, all the responses and comments received in the survey will be evaluated and considered, as far as possible, in our desire to continue improving our products and services… we continue to bet on Quality!

From ielab we thank all the participants for their involvement and collaboration and we hope to continue counting on you in the future.

For this reason, for ENAC it is a priority objective to achieve the maximum visibility of the brand and, with it, of the accredited activities. In this sense, in 2021 an analysis was carried out to assess whether the brand that had been used for the last 25 years continued to fulfill its objective in the best possible way.

The main result of this analysis was that the great similarity between the accreditation mark and the ENAC logo could not only generate confusion among the different market agents, but also represented an inconvenience from the point of view of communication and promotion of the same reason why it was decided to undertake a change with the aim of providing the design with a greater brand appearance and, likewise, offering accredited entities an instrument adapted to the current context.

To this end, it has been decided to provide the new brand with its own visual identity, differentiated from the logo, with cleaner lines and contemporary typography, but maintaining the elements that identify the Agency, thus ensuring recognition of the brand of ENAC on the market.

Thus, the new accreditation marks that are now being presented have their own character, transversal, universal, up-to-date, but without losing the recognition obtained over the years while maintaining their link with the principle of trust that underpins the ENAC accreditation system.

The ENAC mark on reports and certificates is the guarantee of having the support of ENAC, international acceptance in more than 100 countries and official recognition in the European Union.

Certificates and reports without the Accreditation Mark do not benefit from these advantages.

To make the international character of accreditation more visible worldwide, the ILAC and IAF accrediting organizations have developed their own marks to be used in conjunction with the national marks. ENAC-accredited bodies may use these combined marks instead of the ENAC mark, although their meaning is identical to the ENAC mark.

Only those organizations that are accredited can make use of the ENAC Mark or reference to the accredited condition. 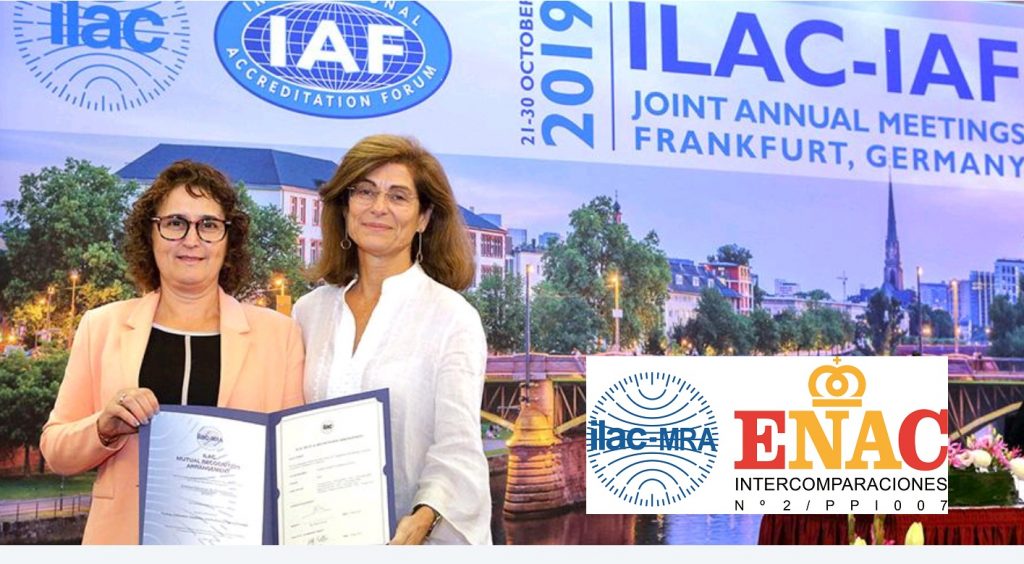 The ENAC brand in reports and certificates is the guarantee of having ENAC’s support, international acceptance in more than 100 countries and official recognition in the European Union.

Following the establishment of the Recognition Agreement for Proficiency Testing Schemes Providers and with the aim of making the international character of the accreditation of these activities more visible worldwide, the accrediting organizations ILAC and IAF have developed their own brands to be used in conjunction with national brands. ENAC-accredited bodies may use these combined marks in place of the ENAC mark, although their meaning is identical to the ENAC mark.

This new brand allows providers of accredited Proficiency Testing Schemes to have a means to report, not only nationally but internationally, on their technical competence. With the inclusion of these marks it is achieved that, immediately and easily, the customers and users who receive the certificate or report recognize that the organization that has issued it is internationally accredited and recognized, providing it with the necessary confidence in the veracity and technical solvency of the issuer.

The company ielab from Alicante is the first Proficiency Testing Schemes Provider accredited in Spain by ENAC for SARS-CoV-2.

This recognition provides added value to ielab clients, since it allows them to demonstrate the effectiveness of laboratories in terms of detection.

The PT Schemes are a fundamental tool for laboratories to demonstrate their technical competence, ensuring the confidence of the analytical results they issue. For the development of these schemes, ielab prepares and sends samples to the laboratories for testing. Then, statistically analyze the results provided by all participants and evaluate the effectiveness of each of them.

ielab company has become the first Accredited PT Schemes for SARS-CoV-2. Accreditation has been granted by the National Accreditation Entity (ENAC), which is the only Spanish body endowed with public authority to grant these distinctions, in accordance with the provisions of the European Regulation.

This important recognition provides added value to ielab clients, since it allows them to demonstrate the effectiveness of laboratories in detecting and quantifying the virus, thus contributing to the fight against Covid-19.

The Production Director of ielab, Estíbaliz Sastre González, highlighted that «this scope of accreditation represents a very important achievement that reflects the innovation work that we have been doing at ielab and is for our clients a new contribution that facilitates quality control in laboratories. »

In its eagerness to demonstrate its competence, ielab has always opted for the accreditation of its activities, being a pioneer company in obtaining this recognition in the environmental sector. Thanks to the ILAC-ENAC agreement, this new accreditation recognizes ielab in more than 90 countries as a Provider of PT Schemes.